new american voices are crucial to our culture

We shared such a powerful and moving evening at Fall for the Book Festival - for the New American Voices Award Ceremony.  First we heard from the judges, themselves immigrant writers - Reyna Grande - author of The Distance Between Us, and E.C. Osondu,  author of This House Is Not For Sale. Grande spoke about her place in American culture, her feelings of being intimidated, of not belonging no matter the success she'd achieved, of being mistaken at a literary event, for example, for the hired help,  of feelings she had navigating invisibility and, in spite of all this, how she claimed her space in the world by picking up a pen. 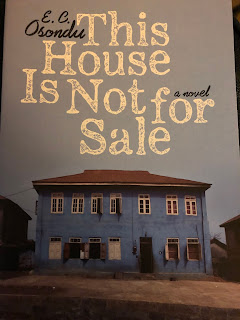 As we all know this comes at a time when the status of immigrants is ever more precarious, when it is more important than ever to claim this country's heritage as a nation made great by immigrants.  So what a joy  it was to hear from Angie Kim - her novel Miracle Creek, framed as a courtroom thriller, a book which unpacks the experience of being a child of immigrants,  and of her father's experience of feeling reduced to the status of a child who could not speak the language or express himself with his customary sophistication. 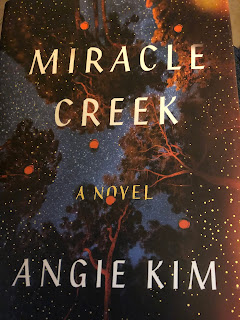 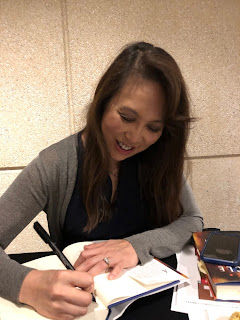 At times like this I find myself reflecting that I too am an immigrant - that when I arrived in Boston, although I spoke the language, adjustment to American culture was deeply unsettling to my sense of self. A feeling of disconnect and of being "other"  has followed me all my life.  It is a sense that resurfaced when my husband and I  joined the American Foreign Service. I once again found myself living in foreign cultures as an alien - as an outsider.  I am well aware that my experience was cushioned.  I did not have to struggle financially.  I did not face racism.

The painful experience of cultural adjustment, of never quite adjusting, of always remaining an outsider, of always being considered by others to be OTHER, has been an abiding aspect of my life.

I would not frame this as entirely negative, however.  It is otherness in literature which draws and compels me, also otherness in friendship and in love.  My closest friends, and the men I have loved tend to be iconoclasts, to feel themselves as "other" rather than happily swimming with the mainstream. So then, I wonder how much more intensely was this experience felt by the writers we heard from this evening?

We heard from Eugenia Kim, and from Melissa Rivero - author of The Affairs of the Falcons.  Rivero is an immigrant from Peru, who arrived in this country as an undocumented toddler. Her novel describes what it meant to come to terms with her status - always under the surface of who she was - she, who has become the mother of two, a lawyer - and now an award winning novelist.

I believe all of us came away from the evening with hearts full of gratitude and admiration. I'm excited to read their important books and discuss them with my friends and fellow readers.

Posted by byamandaholmes at 8:00 PM

You can purchase my book at Politics and Prose bookstore, direct from Oak Tree Press, and on Amazon.